Join author Ryoko Sekiguchi and translator Lindsay Turner for a bilingual reading of The Present Voice. This event is part of the Literature as Sound Studies conference hosted by Dartmouth's French and Italian Department.

This event is free and open to all. 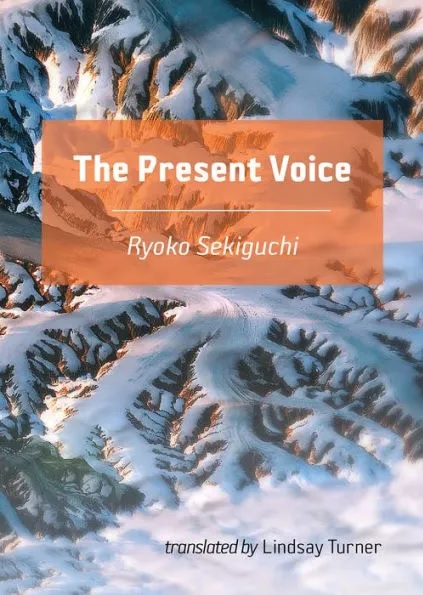 Ryoko Sekiguchi's The Present Voice is a series of meditations on the voice, the body, media, mortality, and loss timely and important for our moment of exile, global displacement, and social distance. 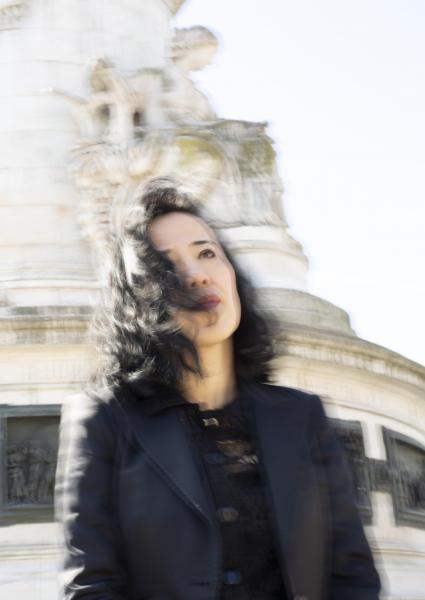 Ryoko Sekiguchi was born in Tokyo in 1970, and lives and works in Paris. One of the most highly acclaimed, boundary-pushing writers and translators in France today, she is the author of over two dozen volumes of poetry, essays, and food writing, and just as many translations into French and Japanese. Her poetry appears in reviews and avant-garde magazines such as If, Le Cahier du refuge, Vacarme, Tract, Action poétique, Poesie, and Dédale. Her first books of French poetry were Cassiopée Péca (cipM, 2001) and Calque (P.O.L, 2001). English translations of her work include Heliotropes (La Presse, 2008), adagio ma non troppo (Les Figues Press, 2008), Two Markets Once Again (Post-Apollo Press, 2018), and The Present Voice (Threadsuns, 2021, translated by Lindsay Turner), and she also appears in Four From Japan: Contemporary Poetry & Essays by Women (Litmus Press, 2006). She is the recipient of numerous honors and awards: she was resident at the Villa Médicis–Académie de France à Rome in 2013–2014, and Nagori was awarded the Prix Mange, Livre! in 2019.

Poet, critic, and translator, Lindsay Turner is the author of Songs & Ballads (Prelude Books, 2018) and the chapbook A Fortnight (Doublecross Press, 2022). Her poems and stories appear in the New York Review of Books, The Atlantic, The Kenyon Review, The Yale Review, and the Lana Turner Journal. Her translations from the French include the poetry collections adagio ma non troppo by Ryoko Sekiguchi (Les Figues Press, 2018), The Next Loves (Nightboat Books, 2019) and Common Life (Nightboat Books, 2023) by Stéphane Bouquet, as well as books of philosophy by Frederic Neyrat (Atopias, Fordham University Press, 2017), Souleymane Bachir Diagne (Postcolonial Bergson, Fordham University Press, 2019), Anne Dufourmantelle (In Defense of Secrets, Fordham University Press, 2020), Richard Rechtman (Living in Death, Fordham University Press, 2021) and Éric Baratay (Animal Biographies, UGA Press, 2022). Her translations have been acclaimed by The New Yorker and The New York Times, and honored by the National Translation Awards, the Best Translated Book Awards, and the French American Foundation. She is the recipient of a WPR Creative Grant from Harvard’s Woodberry Poetry Room for 2016–2017, as well as 2017 and 2019 French Voices Grants. She is Assistant Professor in the Department of English at Case Western Reserve University.