Living for Change: An Autobiography (Paperback) 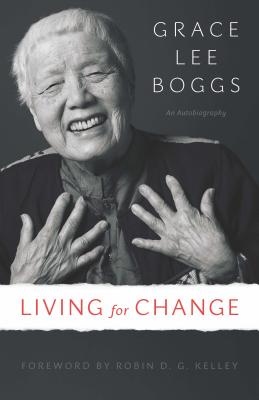 No one can tell in advance what form a movement will take. Grace Lee Boggs’s fascinating autobiography traces the story of a woman who transcended class and racial boundaries to pursue her passionate belief in a better society. Now with a new foreword by Robin D. G. Kelley, Living for Change is a sweeping account of a legendary human rights activist whose network included Malcolm X and C. L. R. James. From the end of the 1930s, through the Cold War, the Civil Rights era, and the rise of the Black Panthers to later efforts to rebuild crumbling urban communities, Living for Change is an exhilarating look at a remarkable woman who dedicated her life to social justice.

Grace Lee Boggs (1915–2015) was a first-generation Chinese American author, philosopher, and social activist. She is the subject of the 2013 film American Revolutionary: The Evolution of Grace Lee Boggs.

"More than a deeply moving memoir, this is a book of revelation."

"Grace Lee Boggs has made a fundamental difference in keeping alive the traditions of the struggles for freedom and democracy."