Narrative of the Life of Frederick Douglass, an American Slave (Penguin Vitae) (Hardcover) 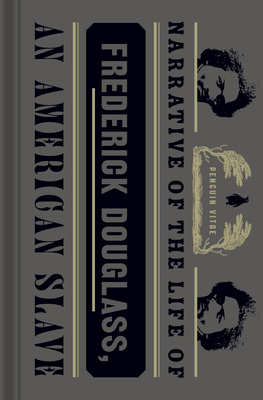 An updated edition of a classic African American autobiography, with new supplementary materials

The preeminent American slave narrative first published in 1845, Frederick Douglass’s Narrative powerfully details the life of the abolitionist from his birth into slavery in 1818 to his escape to the North in 1838, how he endured the daily physical and spiritual brutalities of his owners and driver, how he learned to read and write, and how he grew into a man who could only live free or die. In addition to Douglass’s classic autobiography, this new edition also includes his most famous speech “What to the Slave Is the Fourth of July?” and his only known work of fiction, The Heroic Slave, which was written, in part, as a response to Harriet Beecher Stowe’s Uncle Tom’s Cabin.

Penguin Classics presents Penguin Vitae, loosely translated as “Penguin of one’s life,” a deluxe hardcover series featuring a dynamic landscape of classic fiction and nonfiction that has shaped the course of our readers' lives. Penguin Vitae invites readers to find themselves in a diverse world of storytellers, with beautifully designed classic editions of personal inspiration, intellectual engagement, and creative originality.

Ira Dworkin is the associate director of the Prince Alwaleed Center for American Studies and Research and Assistant Professor of English and Comparative Literature at The American University in Cairo.